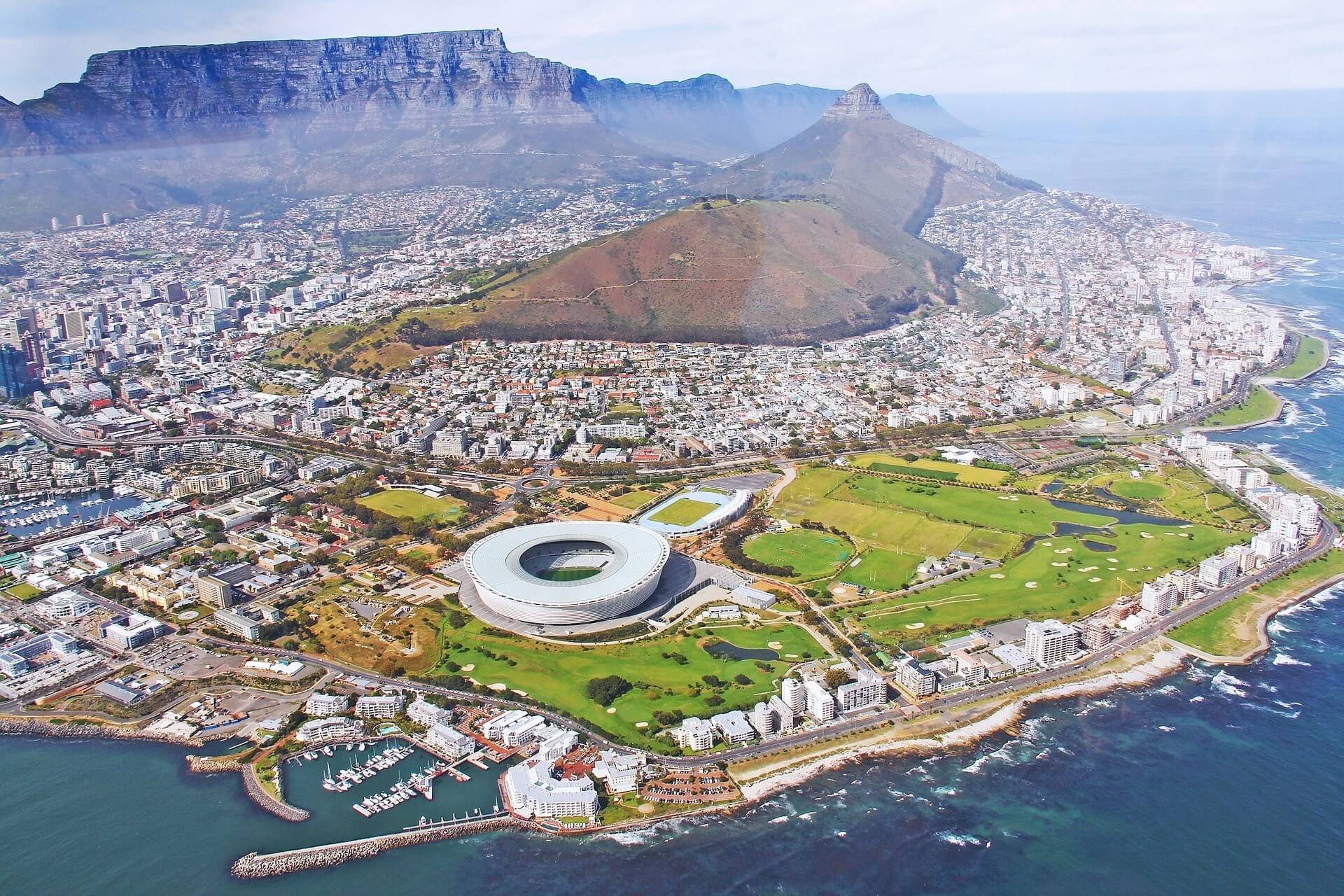 Looking for an African vacation that offers more than just savannah wildlife experiences? Try the continent’s diverse cities! Today, there exist numerous cities across the continent that epitomize the uniqueness of urban life in Africa, which, typically, is a blend of western-influenced modernity and traditional culture and heritage.

The Kenyan capital is Africa’s silicon Valley, sort to say, as the city has a staggering amount of internet and technology-based business start-ups housed around the city’s beautiful skyscrapers.

Even before you land at any of the city’s two airports, the aerial view of downtown Nairobi – which houses some of Africa’s tallest skyscrapers – will have you amped up for your visit. What’s more, Nairobi boasts the fastest internet connectivity in Africa, so you won’t have any trouble live-streaming your holiday experiences to your social media friends while here.

However, the city is not just about advanced technology and infrastructural development. A national park sits smack in the middle of this urban maze. Such contrasting settings within such proximity – the serene park and the chaotic concrete jungle in downtown Nairobi – are part of what makes Kenya’s capital so special.

Nairobi is also East Africa’s most populous city, and with such a large and ethnically diverse population, the city is a cultural melting pot. It has several notable sites, attractions, and neighbourhoods where you can catch a glimpse of local life in its purest form. From watching local rugby matches at the KRFUEA grounds and going shopping at open-air markets like Gikomba, to sampling tasty nyama choma (roast meat) at Kiamaiko, cycling and walking along nature trails at Karura forest, and exploring vibrant nightlife hotspots like Westlands, the city has lots to offer- activity-wise.

This South African city will leave you in awe with its natural beauty. With so many scenic landscapes and a warm climate, it doesn’t come as a surprise that Cape Town only trails Johannesburg as Africa’s most-visited city.

Being as it is a coastal city, Cape Town boasts several beaches where locals and visitors come to sunbathe and take in views of the deep-blue ocean water. Natural attributes aside- the city’s well-developed infrastructural network means that tourists have an easy time getting around the city.

The people of Cape Town also have a rich and diverse culinary culture. Beef boerewors and koeksisters- in particular- are quite popular dishes here. The numerous restaurants that dot the shoreline around the city’s beaches also serve some of the best seafood you’ll ever taste this side of the Equator.

Tunis is the place to be if you’re going for an unfiltered experience of modern African-Arab culture. The city lies along the Tunisian coast, allowing visitors to enjoy the beauty of the Mediterranean Sea. Tunis is also Tunisia’s political and administrative hub, which explains the numerous skyscrapers within the confines of the city.

Contrasting the contemporary architecture is the Medina of Tunis- a picturesque area with several historical buildings. The area attracts thousands of tourists each year.

Other popular tourist attractions in Tunis include the ruins of Carthage, Belvedere Park, and the Bardo Museum. The latter attraction- for instance- is revered by visitors for its vast collection of artefacts from past Tunisian civilizations, including Carthage and Roman antiquities.

A visit to Accra wouldn’t be complete without experiencing a local football league match at Accra Sports Stadium, as football happens to be the most popular sport in Ghana. The city is also renowned for its vibrant nightlife scene, as a shared passion for music blurs the line between nightclubs, bars, and lounges here.

Some of these entertainment spots also serve traditionally-crafted West African drinks. At Kona Café and Grill- for instance- you can enjoy sipping on asaana (local palm wine) as you dance the night away to the up-tempo sounds of afrobeat. Meanwhile- at +233 Jazz Bar & Grill- the sound of live music from local bands blaring over the speakers is an experience you wouldn’t want to miss out on.

Once you’re fatigued from all the football cheering and night-time partying, you might want to grab a bite of some tasty, local street food. You can head into any chop bar (simple, street-side eateries) in the city and order some waakye (a rice-and-beans dish, with several sides), fried chicken and jollof rice, or even fufu and soup.

Tucked away in the mineral-laden Witwatersrand region, Johannesburg is an important economic hub for South Africa. It’s also the country’s largest city and boasts a beautiful skyline. It’s here that you’ll find some of Africa’s tallest structures including Sentech Tower and the Carlton Centre. Within the latter building, there’s an observation deck on the 50th floor, where tourists can enjoy panoramic views of the city’s skyline.

With a racially diverse populace comprising Caucasians, Africans, and Asians, Johannesburg is also a cultural epicentre. There are several museums and libraries within the city that serve to preserve the history and culture of Johannesburg. Notable ones include the Apartheid Museum, Madiba Freedom Museum, and Johannesburg Art Gallery. Johannesburg is also home to the Cradle of Humankind, a globally renowned prehistoric site where some fossils have been recovered over the years.

Johannesburg has also gained global notoriety as a shopping hub, owing to the diversity of its retail destinations. There’s something for everybody here, as flea markets selling souvenirs and African art pieces can be found close to upmarket shopping malls that sell designer apparel and jewelry.

Windhoek is Namibia’s administrative and political capital and also happens to be one of the most beautiful cities in Southern Africa. Having been colonized by Germany, numerous German architectural developments still grace the city’s skyline to this day. These include the Curt Von Francois Monument, The Three Castles of Windhoek, and Turnhalle.

The city is also the country’s sports, entertainment and cultural hub. Tourists looking to delve into the city’s cultural past can visit any of the city’s museums. At the National Art Gallery of Namibia (NAGN)- for instance- works of local artists (both past and present) grace its exhibition spaces. Meanwhile- at Owela Museum- there’s an elaborate display of historic artefacts that depict traditional village life in Namibia.

Rugby is the city’s most beloved sport and local match-ups often attract lots of locals. With two airports and a relatively advanced road network, it’s also quite simple to move around Windhoek.

The city is the epicentre of arts and film in Nigeria and houses the National Arts Theatre where you can watch some of Nigeria’s most talented theatre thespians on stage. Lagos is also a music city, having birthed various music genres such as Afrobeat, fuji, and Sakara music.

Cultural attractions aside, Lagos also boasts some natural attractions, most notably, the white, sandy beaches that dot the Atlantic Ocean’s shoreline. These include Lekki, Alpha, and Elegushi beaches. Luxurious accommodation options are also readily available all around the city from multinational franchises like Sheraton and Hilton to domestic hospitality brands like Eko Hotels & Suites.

Founded in 969 AD, Cairo is one of the world’s oldest cities and also the 15th-largest city globally. The city is a major cultural hub and houses the Cairo Opera House, Khedivial Opera House, and the Cairo Geniza. The Egyptian capital is also home to some of the continent’s most renowned tourist attractions, including Old Cairo and the Egyptian Museum.

Cairo is a football-mad city and some Cairo-based clubs play in the Egyptian top division, including Al Ahly and El Zamalek. You can always join the locals during home games, which take place at any of the city’s two major stadiums: Naser Stadium and Cairo International Stadium.

The city’s extensive infrastructural network means that visitors have an easy time moving around the city. The Cairo Metro- the city’s subway system- is the fastest way to commute between the city’s neighbourhoods as you explore the city.

Finally, you might want to pack some light clothing before your Cairo trip, as the megacity experiences a hot desert climate.

Port Louis is Mauritius’ administrative and economic capital. The island nation heavily relies on tourism and the capital is no different. The city is strategically located along the coastline and is beloved by tourists for its warm climate.

Another thing you’ll find fascinating about Port Louis is the diversity of the architectural influences around the city. In Chinatown- for instance- ancient Chinese Pagodas overlook contemporary structural developments. Meanwhile- several French colonial structures still stand all across the city. Other interesting places to visit in Port Louis include the Blue Penny Museum and the Champ de Mars Racecourse.

Luanda is Angola’s industrial and cultural hub, as well as the nation’s capital. With a population of about 8 billion people, it’s also the most populous Portuguese-speaking nation worldwide. Popular tourist attractions in Luanda include Fortaleza de Sao Miguel (the Fortress of Sao Miguel), the Antonio Agostinho Neto Memorial, and Angola’s National Museum of Anthropology.

Luanda also houses one of the works of Gustav Eiffel- a world-renowned architect. The Iron Palace bears the visual allure that characterizes Eiffel’s other famous designs; the Eiffel Tower in France and the Statue of Liberty in the USA.

Being as it’s a seaside city, Luanda is full of restaurants that serve tasty, affordable seafood. The city also has a lively nightlife scene, with bars and lounges that are usually packed with Youthful Angolans, especially on weekends. The city’s relatively advanced road network also means that touring around the city isn’t such a hassle.